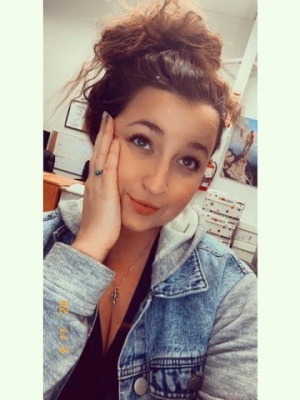 CARISA ANN NICOLE LEGG age 26, was born on May 4, 1994 in Ravenna, Ohio and passed away unexpectedly on April 3, 2021. Carisa grew up in Euclid, Ohio and graduated from Cornerstone Christian Academy in 2012. While growing up she attended Calvary Assembly of God with her parents. She recently moved to Eastlake with the love of her life, Dylan. The two of them met while working at Texas Roadhouse, where she was a “Roadie” and made many friends. Carisa had the ability to befriend anyone she met, whether it was through work at Ganley of Subaru or through Arbonne, where friends became family. She enjoyed going to Fatman’s Invasion and hanging out with the many friends she made, as well as being part of the Rustbelt Royalty family. Carisa was sweet, loving, and caring and had the ability to brighten your darkest days. She loved the holidays because it meant that she would be with her family, the people that gave her the most enjoyment in life.

In memory of Carisa’s kind and generous heart, contributions can be to St. Jude, 501 St. Jude Place, Memphis, TN 38105 in her name.

Family will receive friends to pay tribute to and celebrate the life of Carisa at THE DeJOHN-FLYNN-MYLOTT FUNERAL HOME OF WILLOUGHBY HILLS, 28890 CHARDON ROAD (between Bishop Rd. and Rt. 91) FRIDAY  4-8 PM.

Offer Condolence for the family of Carisa Ann Nicole Legg