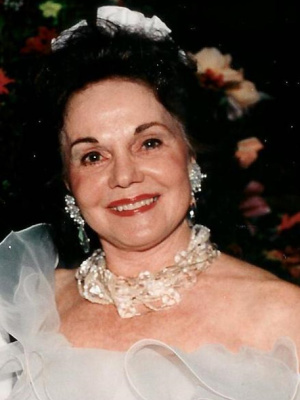 Jean led an extraordinary life.  Born and raised in Baltimore, Maryland, Jean earned her RN degree from the University of Maryland. She worked at the Veterans Administration Hospital, Johns Hopkins, and University of MD hospital.  She received the Dale Carnegie Course Award for effective speaking, leadership training, and the art of winning friends, and influencing people.  She attended the Walters Academy Modeling School and was unknowingly enrolled in the Miss Baltimore competition (she won!).

She then competed in and won the Miss Maryland contest and was a finalist in the Miss America Pageant.  In 1954, Jean moved with her air force-deployed husband to Morocco and Germany. In 1964, the family moved to Cleveland when her husband became a kidney transplant surgeon at the Cleveland Clinic Foundation. She later represented the Clinic throughout the Cleveland community and around the world when Bill became Chairman.

Jean was also active with social, civic, and medical organization activities. She served on the Women’s Council of the Cleveland Museum of Art, supported the Cleveland Orchestra, was a board member of the Visiting Committee Frances Payne Bolton School of Nursing (FPBSN), and more.  She loved vacationing on Sanibel and Captiva Islands in Florida. Jean lived her life fully and with passion.

In lieu of flowers, contributions may be made in Jean’s name to Frances Payne Bolton School of Nursing, Samson Pavilion 9501 Euclid Avenue, Cleveland, Ohio 44106.

Offer Condolence for the family of Eugenia C. “Jean” Kiser